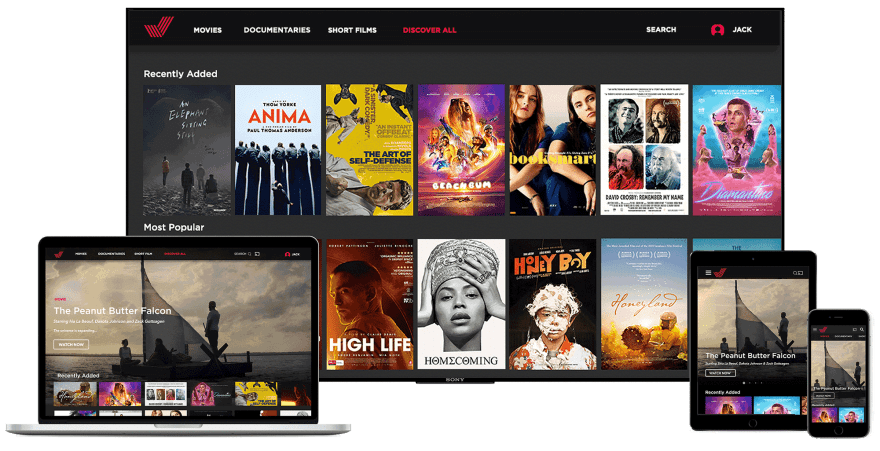 VOD: origin and development of Video On Demand

Television was born, and has been spreading, as the fruition of television programmes without the possibility for the user to request a specific content.

Video On Demand (VOD) represents, therefore, a real change in the concept of Television.

Through applications available on any type of device (smartphones, tablets, etc.), it is possible to use this service; in fact, this feature allows users to view a content when they prefer, acting as a ‘Virtual Video Library’, from which it is possible to access content any time.

Those who use this type of service, for a fee and/or free of charge, watch entertainment programmes, such as films, TV series, music videos, thus defining their own ‘programme schedule’, according to their wishes and needs.

The special feature of this type of service is the possibility of watching your favourite programmes at any time, in any place, bringing added value to those who may be watching a content on their home television and continue doing it directly from their smartphone.

He can also decide, through the various functions of the Player, to restart the VOD, interrupt it, perform Rewind or Fast Forward actions, and in the case it is provided, to watch it in its original language (English – French – Spanish – German – etc).

The most widely used Video On Demand platforms in Italy are: Sky, RaiPlay, DAZN, Disney+, Netflix, Now, Amazon Prime Video, Timvision, YouTube, Mediaset Infinity. These applications offer users the possibility of viewing multiple TV series, thus attracting the attention of thousands of people worldwide. A striking example is ‘La casa di Papel’, a Spanish series aired by Netflix, which is becoming very popular all over the world. After the TV series, the highest number of views is for films, just like having a cinema in your own home. This is followed by Documentaries, i.e. audiovisual works in which the events narrated, the environments and the characters act on a plane of reality, unlike traditional Functional cinema, where the main elements are essentially artificially represented.

You can still find, “Entertainment Programmes”, “Sports Events”, “Children’s Programmes”, “Youth Programmes”, i.e. all those TV programmes that have a purpose of entertainment or even simply companionship, of pleasant sharing of time, for the declared benefit of the audience.

2020 was the year that saw more subscribers to the VOD industry than at any other time in history. The ability to watch content during the pandemic has led to a faster migration to VOD than expected on a global scale.  At this rate, Video On Demand is expected to take over the TV industry definitively in the coming years, even downstream of new technology developments.