Virtual in the Loop

Home > Automotive  > Virtual in the Loop 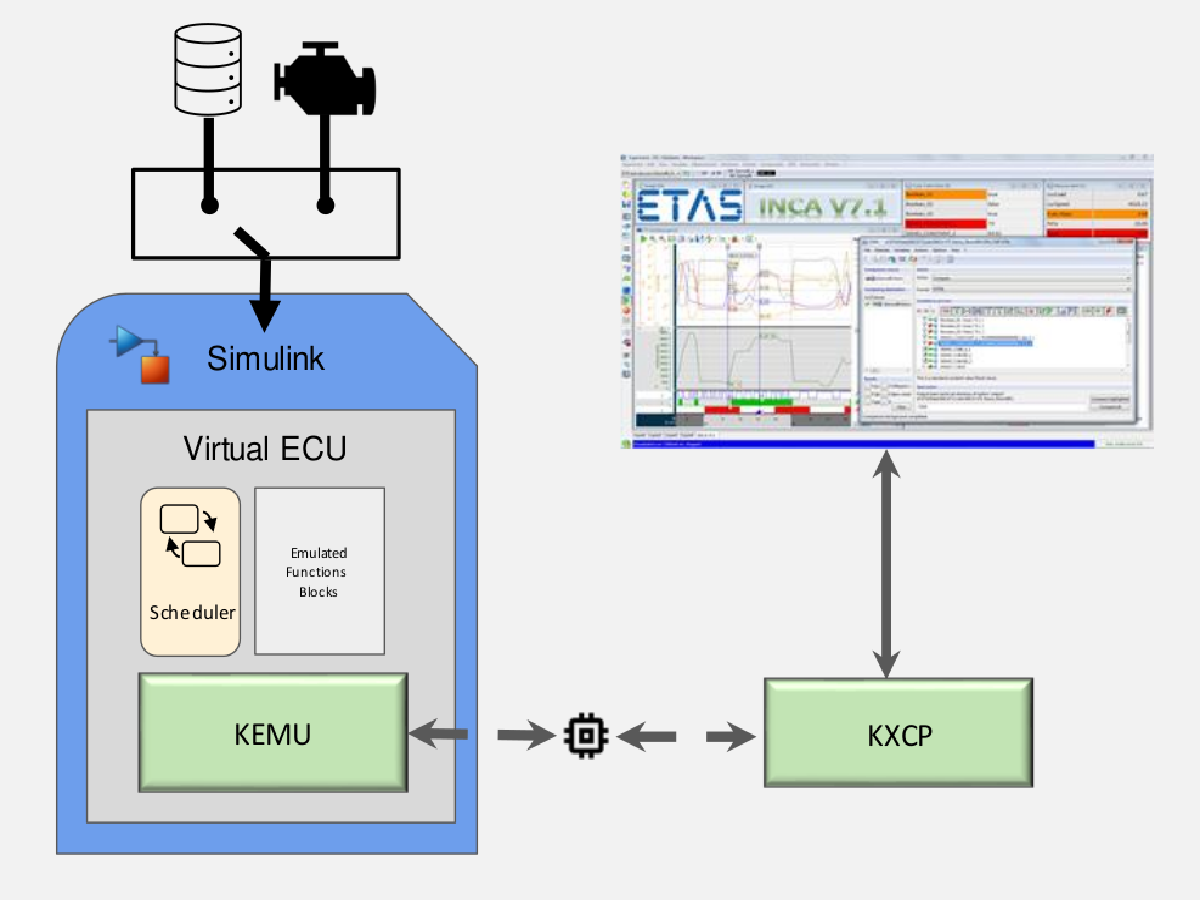 Virtual in the Loop

In the automotive field, the development of firmware for an ECU (Electronic Control Unit) includes several steps, starting from the code writing, through the integration tests up to the V&V phase on a physical ECU. The various testing phases take advantage of different approaches, HiL (Hardware in the Loop), SiL (Software in the Loop), and MiL (Model in the Loop) are some examples.

This development process requires a certain number of resources in terms of hardware instrumentation and working staff. Here the Virtual ECU is presented, an approach aiming to reduce development time and costs by introducing a new testing methodology called Virtual-in-the-Loop.

The Virtual ECU is a system able to emulate the firmware of an ECU executing the code as it would be by a real ECU. The core emulator inside the system is able to execute the instructions set of a microcontroller core, on which the ECU is based, also emulating the memory and registers.

Among the software tools involved in the firmware development process for an ECU, there are tools like ETAS INCA, based on the XCP communication protocol. For this reason, the Virtual ECU has been made compatible with this protocol allowing the use of these third-party tools just like working with a real ECU.

For the realization of a Virtual ECU system, the necessary files include only the binary files containing the compiled firmware, the files describing the memory organization, and documentation about the architecture of the application software and the interfaces of the different components.

The Virtual ECU can be used with the Open Loop and Closed Loop approaches. With the Open Loop approach, we intend to provide the ECU with a series of inputs taken from a pre-recorded dataset in order to verify the outputs. Adopting the Closed Loop approach instead, it is possible to interface the Virtual ECU to a model of the real process that the ECU would control. In this way, it is possible to realize a new testing paradigm that we can define Virtual-in-the-Loop.

Using an approach based on the Virtual ECU compared to the classical approach based on the Physical ECU offers several advantages. Among these, we can eliminate the possible damages that could be caused to the hardware or to a tester during the testing phases. It is also possible to perform virtual calibration activities, as well as to implement automated systems for the execution of non-regression tests.

An additional feature enabled by the adoption of the Virtual ECU approach is represented by the possibility to replace pre-existing functions in the firmware with a different implementation developed in any programming language. In this case, it is not necessary to recompile the firmware nor to rework the Virtual ECU itself. Such an approach can be called “functionalities bypass”.

Thanks to the Virtual ECU, Kineton offers an innovative tool with the scope of improving and optimizing the entire ECU software development workflow.